How to quickly calculate growth rates, convert hourly wages to a salary (and vice-versa) and estimate the monthly mortgage payments based on a home's price 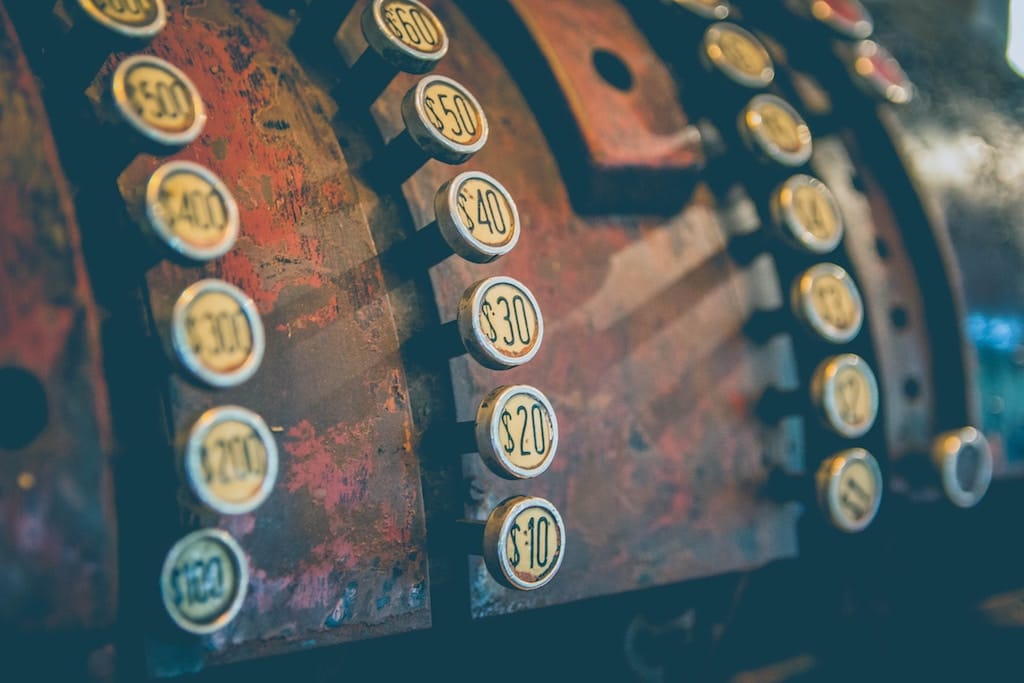 I originally wrote this when this blog was called “Rule of 72” (used for calculating how quickly something will double). Here’s some more detail on how to use that rule of thumb, as well as two other super-helpful ways to make fast estimates about common financial items.

Percentage growth is not a particularly intuitive concept (hence the staying power of the apocryphal notion of Einstein’s awe at the power of compound interest), but when you’re dealing with money, it comes up a lot.

Fortunately there’s an easy way to translate a percentage growth rate into something much easier for our minds to grasp: the time it will take something to double.

As a quick example, it’s obvious that earning 8% interest is better than earning 3% interest, but putting it in terms of how long it will take to double your money quickly puts just how much better in stark relief: at 8%, your money will double in about 9 years; at 3% it’ll take about 24 years.

How does the rule of 72 work? Simple – just divide 72 by the percentage growth rate, and you’ll get a close approximation of the doubling time.

First let’s do it the long way. Say you’ve got $1,000 invested and it’s earning 9% interest. Using simple annual compounding (just multiplying the balance by 1.09 for each year), here’s how your money will grow:

Now let’s try it using the rule of 72: 72 ÷ 9 = 8, which would imply about 8 years for the money to double, right in line with the direct calculation.

It’s true that you’re getting an approximation rather than a precise length of time, but as a rough-and-ready way to quickly crunch numbers, it’s incredibly useful.

And the rule of 72 is versatile too, since it works just as well for growth of non-financial things. For example, say you’ve just launched a hot new social media messaging virtual reality website for millennials and are trying to plan for your staffing and infrastructure needs. When you look at your stats, you see that your user base is growing at 20% each month. According to the rule of 72, that means that you’ll be doubling your users about every 3.5 months (note that if your growth rate is monthly, the result you get is in months as well).

This one is handy early in your career, along with when you’re working without a lot of experience in the compensation norms and expectations of a particular field or profession (for example, if you’re switching from a regular gig to freelancing).

If you want to quickly approximate the hourly rate equivalent of a given annual salary, just drop what’s after the comma and then cut it in half.

This works because there’s about 2,000 working hours each year, so another way to state the method above is to say “divide by 2,000”, but at least for me that’s much harder to do mentally than “drop what’s after the comma and then cut in half”.

It also works in the other direction if you want to understand the approximate salary equivalent of a given hourly rate: Just double the hourly rate and then add three zeros. I find that technique particularly sobering when reading discussions of low-paying hourly jobs, when I am immediately reminded that $10/hour is only about $20,000 per year.

The same method also makes certain consulting, freelancing, and other gigs that often pay hourly seem super-lucrative (“hey, we’re getting billed $250 an hour? That’s like paying a $500,000 salary!”), but of course none of those folks are actually billing 2,000 hours a year – half or more of their time is spent doing things like finding new clients or playing Pokémon Go. (On a related note, don’t just convert your annual salary to an hourly rate to decide how much to charge as a consultant or freelancer – you have to plan for lots of work that you won’t be able to directly bill to anyone, so your hourly rate has to pay for that time too.)

3. What would the mortgage be for this house based on its price?

Imagine you’ve been renting downtown for a few years, but now that you’re recently engaged have started thinking about buying a place in your current neighborhood. Out for a walk after Sunday brunch, you stroll past the local realtor’s office, with a window full of listings showing beautiful homes next to six-figure numbers that are much, much bigger than what’s in any bank account you’ve got.

For better or worse, for a lot of people the specific purchase price of a home matters much less than what their monthly mortgage payment will be, so one way to help here is to translate the home prices into a rough approximation of what they would look like as a monthly mortgage payment. The easiest way to do that is to drop two of the zeros and then cut it in half.

This one admittedly offers the roughest approximation on this list, since there are just so many variables involved with arriving at an actual monthly mortgage payment (which for many people will in practice include things like property taxes and insurance, not simply the mathematical portion of principal and interest, and of course there’s also the interest rate). You’ll also note that this ignores the down payment amount, but in my experience that (roughly!) washes out when you factor in taxes, insurance, and maintenance costs.

As a variation on this one, you can multiply your current rent by 200 (double it and then add two zeros) to get a (very rough!) idea of the price of house you could probably adapt to fairly easily based on what you’re paying right now.

Congratulations! For making it this far you get a bonus estimation method.

This one actually has nothing to do with personal finance, but ever since I learned it I can’t stop using it. Here’s how to quickly (and roughly) convert Celsius to Fahrenheit: double and add 30 (so 10 degrees celsius is about 50 degrees fahrenheit). It also works the other way if you’re starting with Fahrenheit: subtract 30 and then cut in half.

It’s only approximate, but it’s close enough to help make sure you dress appropriately next time you travel internationally. You’re welcome.