Capital Stack is a term encountered mostly in commercial real estate projects, and it refers to the relative priorities of different lenders and equity holders in a property.

Capital Stack is a term encountered mostly in commercial real estate projects, and it refers to the relative priorities of different lenders and equity holders in a property. It’s often presented in a visual form to help investors understand their position in line relative to the rest of the financing. Somewhat confusingly, the further up the stack you are, the lower your priority is relative to those below you on the stack.

(The capital stack bears some similarity to a company’s “cap table”, which experienced angel or venture investors will recognize as the detailed formal record of a company’s ownership.)

Let’s start with the simplest example, which is a property you own 100% outright with no mortgage or debt. Assume you purchased a home for $100,000 in cash. In that case, the only party on the stack is you: 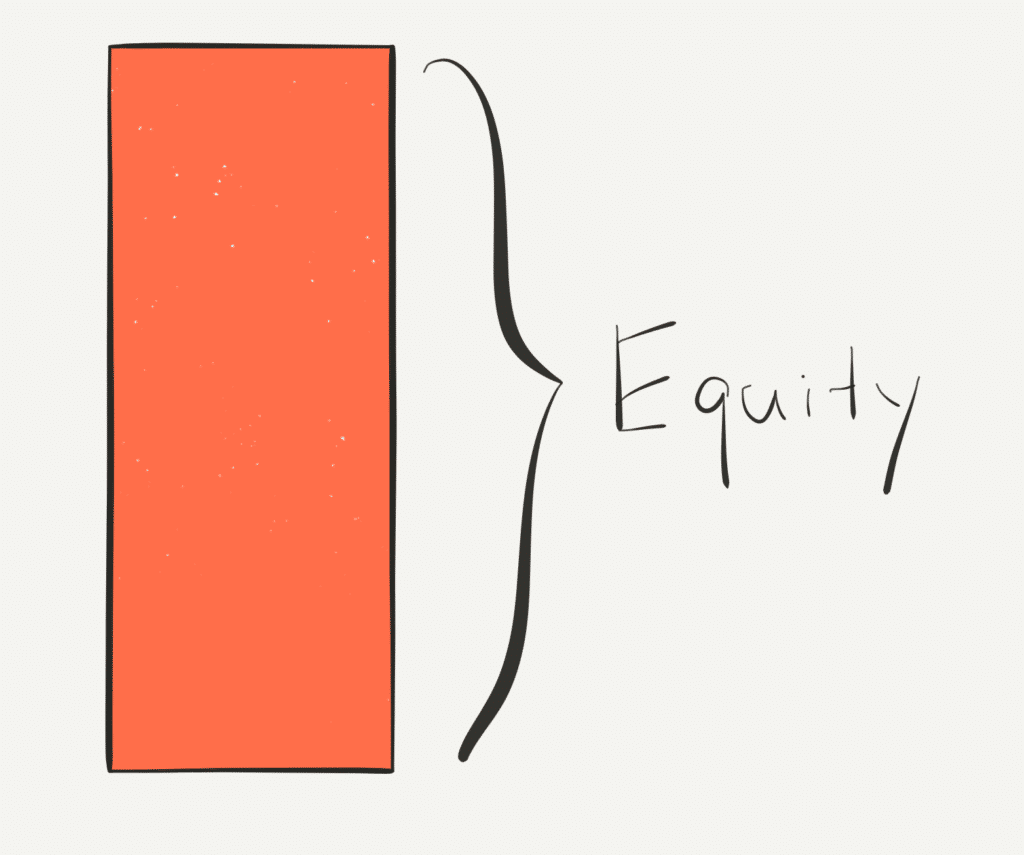 Most people don’t own real estate outright, they have a mortgage, and that mortgage is secured by a lien on the house. So if you don’t pay your bills, the lender has the right to take possession of the property and sell it off to recover the money they lent out. Assuming you had a standard bank mortgage on that same $100,000 property, with a 20% down payment, your capital stack would look like this: 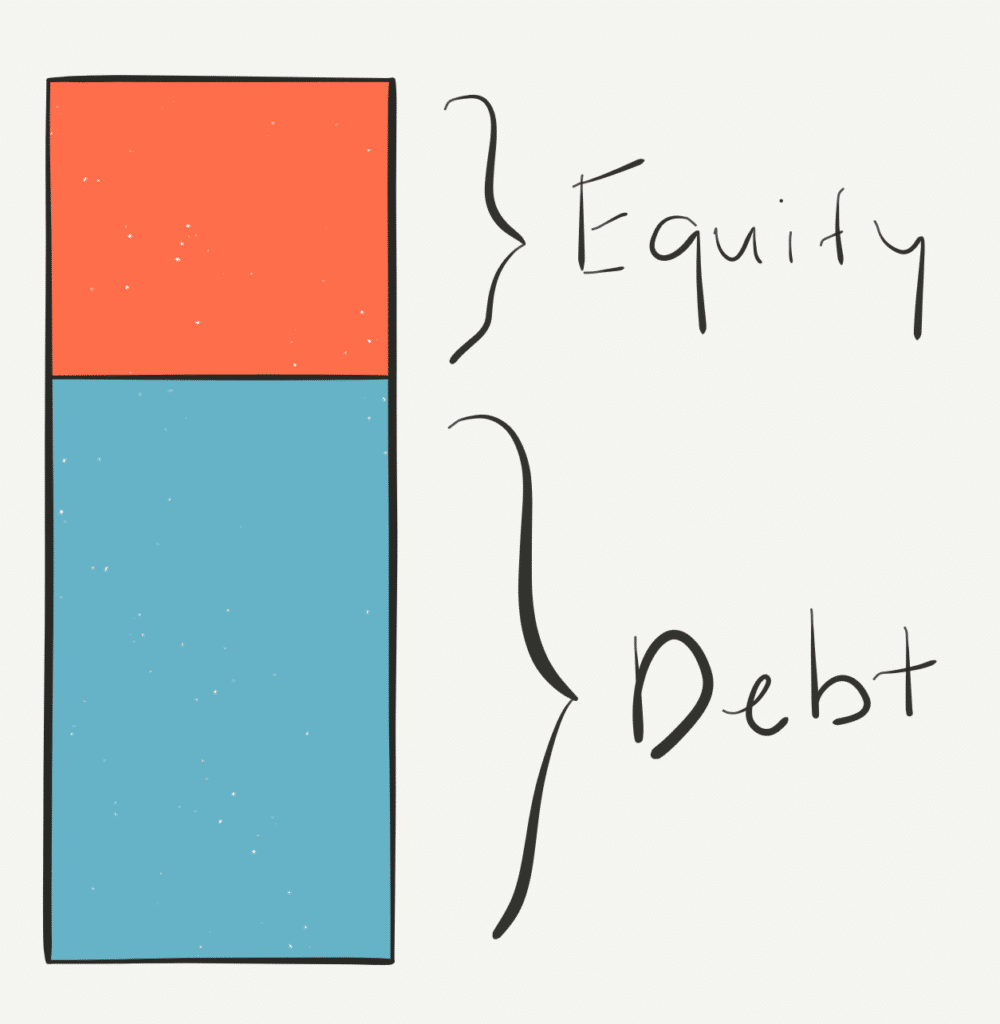 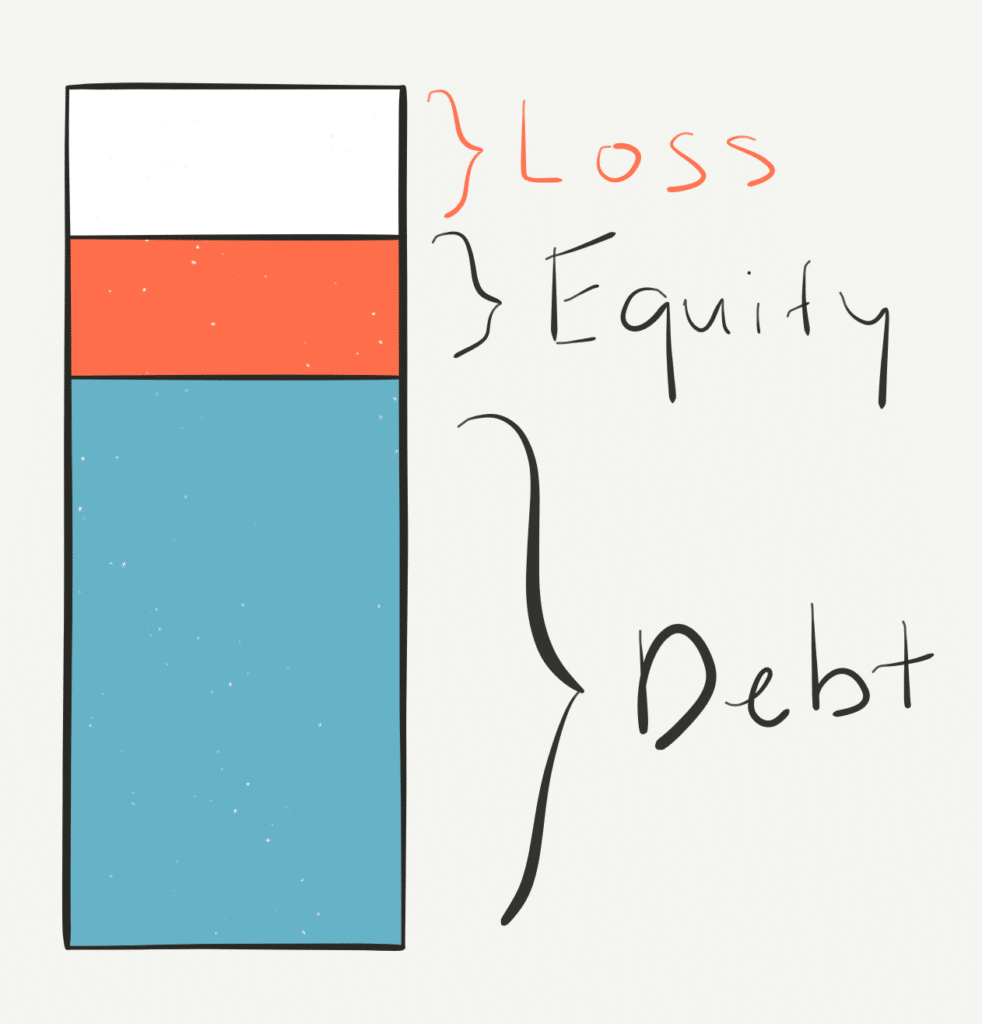 If the value of the property goes down, the amount owed to the bank doesn’t change, and they remain first in line to get paid if and when the home is sold.This is why most lenders will limit the maximum amount (often expressed as ARV or LTV) that they will loan on a property.

In this scenario, your equity of $20,000 has declined by 50%! On the flipside, if the home grows in value, the amount owed to bank also doesn’t change, and you get to keep all of the appreciation.

(A useful way to think about the capital stack is like a very tall glass. When an investment is “liquidated” and the glass is filled up, it fills from the bottom up toward the top.)

There’s nothing inherently good or bad about a particularly location on the capital stack, it simply corresponds to the level of risk (and therefore potential return) that each tier can expect from the investment.

For example, in commercial real estate projects there may be more than one lender  (kind of like a second mortgage on your house). That second lender will expect a higher interest rate on that loan because they know they’re taking a position behind someone else when it’s time to distribute the proceeds after the property is sold.

There are also variations on types of equity, with some classes of equity holders given preference (hence the term “preferred stock”) when distributing the proceeds. Here’s a simplified capital stack for a commercial real estate project: 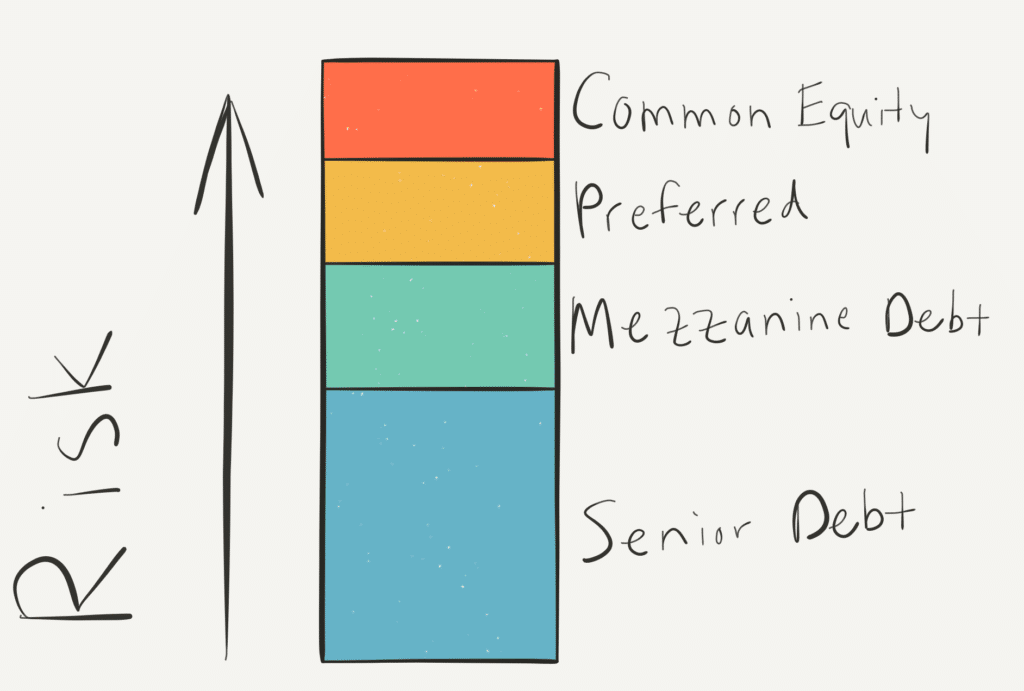 (Following on the water metaphors of “liquidity” and “cash flow”, the actual implementation of the capital stack in terms of who gets paid how much and when is often referred to as the “waterfall”.)

Note that while risk increases as you move up the capital stack, so does the potential return. When reviewing crowdfunded real estate investments, an important part of due diligence is understanding the terms of the investment, including where you as an investor will sit in the capital stack. Again, there is no “good” or “bad” place to be, as long as you understand the potential return compared to the risk.